October 07, 2011
There are many tiny, simple things that invoke change within and one of my favorites is a change of scenery.  Last weekend I went to Pt. Reyes and stayed in a bed & breakfast to celebrate two years of a really great relationship with my person (an old friend used to use that phrase: my person.  I love its gender-neutrality, how it sounds more significant than boyfriends which sounds ridiculous when you are in your thirties, but less weird than man-friend).  An awesome bonus feature at the B&B was the accompanying sheep and alpacas that live there.  One of the fantastic elements of a change of scenery is the opportunity to learn new things.  For instance: did you know that sheep make hacking-up-a-furrball sounds?  All night long?  And they belch?  And that this makes me giggle?  Silly city girl. 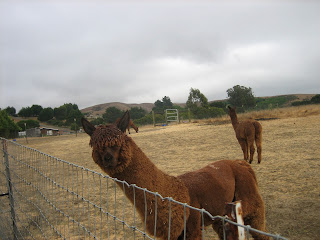 (Disapproving Alpaca)
Change of scenery almost never fails to invite a change in perspective if given the opportunity.  I, who too often demand everyone to be as excited about city life as I am, was reminded how damn good it is to see wide open spaces.  There were clouds everywhere, so little stars appeared in patches like sunburn freckle spots.  And I had forgotten how gorgeous one lone house illuminated from within looks in total darkness from afar.  My inner City Mouse and Country Mouse made peace with each other for a spell.  The whole weekend left me so relaxed that my immune system went on an extended vacation and I came down with an atrocious cold, though thankfully not until the scenery changed back to home. 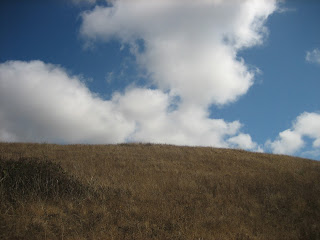 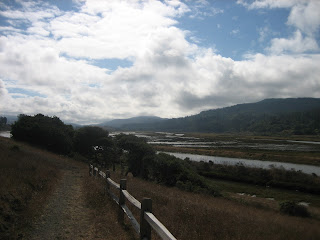 Then, this week, while sick, I travelled to Salt Lake City for work.  I was reminded that hotels are the enemy of your sinuses, especially when they aren't working properly.  I have no perspective on how the class I went there to teach went because I was doped up on Dayquil.  I probably got sympathy points for my constantly tearing eyes and occasional piercing cough - not that I'm, ahem, trying to keep my job.  I had a small hour of time to sight-see, and took a walk around Temple Square (I'll just say it: I can't get down with sanctuaries that you cant' see in or out of).  I saw a horse and buggy driver receive dinner delivered by a bike messenger, while storm clouds gathered over the temple and a pan flautist played.  It was awesome.  Sadly, the vast, VAST majority of my sightseeing was inside the Salt Lake City airport when first my flight was continually delayed, then cancelled.  Twelve hours locked inside the airport.  Turns out, it's not a bad spot to watch how beautiful the mountains surrounding SLC are.  They went from drowned in clouds, then covered in snow, then shiny with afternoon sun, glorious at sunset and a dusky magic at night.  I saw the whole thing from the windows surrounding gate B7. 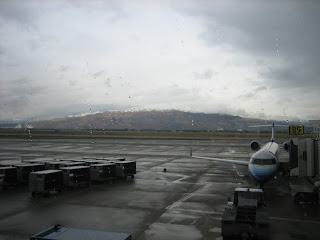 Speaking of perspective changes, if I had been told directly when I arrived at 10am at the airport that I'd be there for 12 more hours before I could leave, I would have been livid at the lost opportunity to sightsee, or sleep, or do anything else with those hours.  But because I couldn't use wireless for work and there were so few opportunities to get home when I was SO DESPERATE for my own bed, that I was positively grateful to get to leave at 10pm.  So much so that I celebrated with a bloody mary (what? it has vitamin C, right?) and my book that I'd been marching through off and on all day, at the pub next to gate D6, the gateway to joy.