A much anticipated change: Week One of Occupy Life

February 01, 2012
I have been waiting and waiting (and waiting and waiting) to finally, at long last, be laid off.  I kept hearing "you should know something next week," for so many weeks that I stopped believing I'd ever hear anything ever.  And then it happened: last Friday was my very last day.  Which makes this week Week One in my Occupy Life project (aka, the Year of Writing).

I realize anyone who has been laid off who did not want to be laid off might find my celebration odd, and to you I send positive thoughts and hopes that you find livable work soon.  For me, this couldn't happen at a better time in life to be able to take advantage of it to the fullest.  For one thing, it's been on the horizon for a while which means I've been able to mentally (and to some extent, financially) prepare for months and months.   I can't imagine how awful it would feel to be surprised by a layoff, that would be a terrible cruelty.  But not having a mortgage or babies means that this layoff is a giant window of opportunity to focus on writing, as well as gain a much needed healthier perspective about work before going back to it (as well as the time to think creatively about what I might go back to).  I am enormously grateful for this opportunity.  Last year, on my 35th birthday, I listed out some goals I wanted to reach by the time I hit forty, and my biggest stretch goal by far was being able to take a year off to just write.  And now I get to (and having time to focus on writing will also help with some of those other goals on that list).  Score one for The Secret!  ;-)

What is Occupy Life?  For the last couple months my head has been playing with the metaphor of the occupy movement.  It's such a great phrase: Occupy, occupation.  What if you could occupy your own life: claim it for yourself?  That's what I most admire about those who have stayed and occupied: they claimed that street's sidewalk as something they had rights to, that they were part of.  Yes, the movement lacks cohesion, but change doesn't usually show up with a clear agenda complete with bullet and talking points.  Just like sometimes you have to write to figure out what you are thinking, sometimes you have to gather and gather your thoughts and gain some perspective, and then you realize what it was you meant. We are seeing leadership in a new form, of course it's going to take some time to understand it.

I have been craving Occupation.  While employed (that is, until Friday), I haven't had enough to do while waiting to be laid off, so I played games of keeping my mental health intact through inspirational blogs, pictures of kittens, and holding desperately to the people who speak sanity and leave a space for me to go gently crazy.

But I've also been thirsting to occupy my Life--to plant my own feet back into it, to say This is Mine.  I have a history of giving it over to others, assuming they know better than I do.  I want to be busy--occupied--with the things that matter to me so that I can again reclaim my life.

Occupation is a form of mindfulness.  It's intentional inhabitation.  I've been in limbo much, much too long.  My unhappiness with work occupied a tremendous amount of mental space.  Now I get to occupy my thought stream in a way that gets it to pay attention.  Like an occupier, I need to hold up my cardboard and marker sign for myself to see what it states plainly, in large distinct font:  PAY ATTENTION.  YOU DON'T WANT TO MISS THIS. 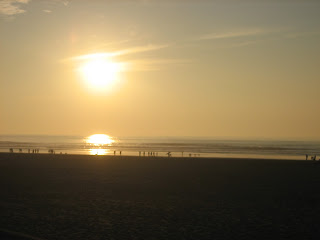