July 09, 2012
After a life-absorbing couple weeks of packing, cleaning, moving and unpacking, I am finally MOVED.  Now I've moved a lot, so you would think I'd be able to remember how uncomfortably awful moving is, but I was still surprised by how wretched the process is.  Of course, now that all the boxes are emptied and put away I'm already beginning to intentionally forget about it.

The new place is aaaaaaamazing.  I went from living in a space the size of a postage stamp to what feels like palatial surroundings and an embarrassment of rooms.  I was in love with my old studio, but now that I'm established in what feels like a HOME, not just an apartment, I'm absolutely smitten. 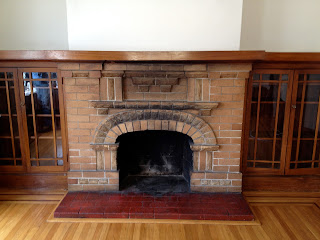 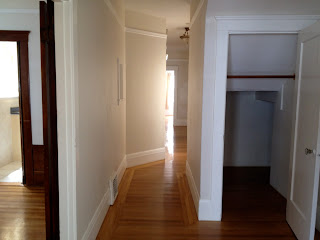 Embarrassment of rooms!  So many closets! 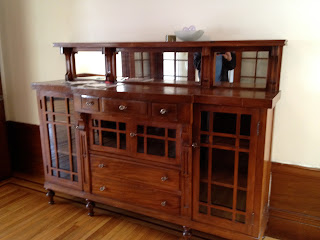 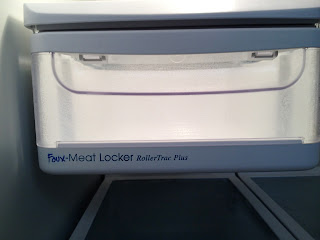 Faux-Meat locker, per the former tenants.  My vegetarianism squealed with delight! 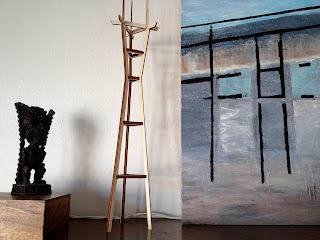 The model Sutro Tower I scored for $2 sitting next to the god of money and a painting I did when I lived in New Jersey of San Francisco's Pier 37.

Ironically, the only thing that did not survive the move (other than a lightbulb) was a painting of mine titled Transition, that I had created 10 years ago in response to being sick and tired of moving.  I did a surprisingly bad job packing it and the canvas was stretched in an ugly fashion.

Now that we're moved in and everything has a place (at least temporarily) it's time to get back to writing!  If you're in the area and want to slide around all the hardwood floors in your socks, come on over!