February 12, 2013
It's been much, MUCH too long since I've interviewed someone here, and I'm so glad to be able to break that unfortunate cycle with a post from author Jessie Carty. I met Jessie at Queens University of Charlotte, NC where we studied our little MFAs off. A shocking reality of MFA programs is just how many people stop writing after they are done. Jessie is the exact opposite of that. Brilliantly prolific and continually creating cool new projects, she is the founding editor of Referential Magazine, has many publications under her belt and two more big ones coming up, and basically she has inspired me for years. I recently lucked upon a blog post she had about change and realized how very much I needed to hear more.

Name: Jessie Carty
Location: Charlotte, NC
Vocation:  Teacher/Write/Editing
Fun Fact About You: I was born cross-eyed J
Where Can I Read More???  http://jessiecarty.com


Tell me about a significant change/transition/turnover that you have experienced or are experiencing currently:

I’m not one of those people who fear change, in fact, I often welcome it, but the end of 2012 and the start of 2013 have piled on the change.

I started the fall semester (even when I’m not teaching I think in terms of the school year!) optimistic with new ideas for the composition courses I was teaching as a full-time English Instructor at a community college. I had taken the summer “off” (those of you in teaching know the summer involves a lot of planning, professional development etc), and I thought it was enough to re-energize my teaching. I was wrong. I kept telling myself just make it through this class, then this week, then to the end of the semester. You can hold on and finish out the year.

That was until people started dying.

One of my best friend’s wife died suddenly (far, far too young) in late September. This rattled me. I managed to get a sub and a personal day to attend the funeral, but I felt bad that I couldn’t be there (they lived 2.4 hours away) to help more in the days after the funeral. Thirty days later I was scrapping together bereavement days and my last two personal days for the year to travel to the other side of the state to attend my father’s funeral. While I was away I was still trying to deal with my classes, and everything else that comes with teaching full-time (committee work, advising etc). When I returned I realized I just couldn’t do the spring semester. 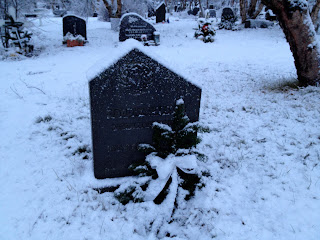 I’m glad I stepped down. Over the course of December and early January I made four trips back “home” (5 hours away) to help clear out my father and step-mother’s house. We also had to move my step-mother across state to assisted living. My youngest sister is still dealing with a lot of the paperwork and calls regarding my father’s estate (or lack of estate) as well as the small business he owned. I wouldn’t have been able to make all of these trips and continue teaching. Maybe if I had been given all online classes, but it isn’t the school’s policy to given anyone all online work. Even with all online there still would have been the constant grading etc etc etc.

My father’s death may have been the catalyst for me leaving the full-time teaching classroom, but the decision had been percolating long before that last few month’s series of unfortunate events. My school required that you teach six classes in the fall and six in the spring. That’s eighteen hours a semester along with at least five office hours and the expectation of at least five other hours on campus with other service to the school. I’m not a math person, but that’s at least twenty-eight hours before you even consider grading and prep work. I don’t want to be one of those people moaning about how much work teacher’s do for little pay, but the workload just didn’t allow me to be the kind of teacher I wanted to be. I’m also a writer, primarily a poet, and where would I find time to do that anymore?

What have you learned so far from that experience?

I taught for two and a half years. I was part-time for one year and then full time for a year and a half. In many ways I preferred teaching part-time because you didn’t have the other obligations of office hours etc. You could be more flexible with your time, and with scheduling time to work with your students. Part-time work, however, does not pay well. I am glad I tried teaching full-time because I had a chance to work with advising, and to learn more about the inner workings of an academic institution. I realize now that one of my dream jobs would be to work in academic advising or some other form of student services. I want to be on that side of the desk, and that’s what I’m going to move towards.

If it is something that occurred in the past, what (if anything) do you wish you would have done differently?

This event is of course very recent, but it isn’t the first time I made a major move. Back in 2007 I went back to graduate school to work on my MFA. A few months in to starting graduate school I ended up leaving my job in insurance claims. A job I had worked since I graduated from college. A job I worked for 9 years. I think that is at the heart of when you make the right change – the feeling that comes over you of peace. Or, at least that is how it happens for me. I know I make the right choice when I’m no longer stressing about the decision to make that choice; when I feel (at least for a moment) safe.

Jessie is one of those everyday heroes of mine; out there every day committed to her writing and her life. Thank you for being such an inspiration Jessie!