Another excerpt from The ABCs of Pandemic Parenting, out soon.

Bird is a bit of a cheat, now isn’t Eric Carle? And the world thereof? Because later you’ll be more specific about types of birds, when you begin encountering the more difficult letters. 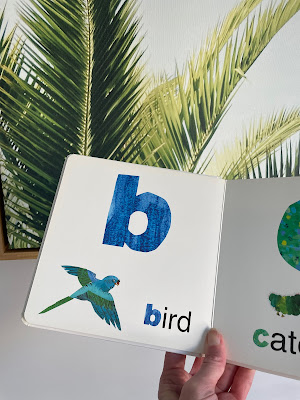 During the pandemic I’ve been in the park almost daily and often twice daily. To walk the then-baby, now-toddler. To walk myself into any sort of calm. To run the trails that criss-cross. To write at a picnic table under a tree until all the picnic tables were moved from that field because the coyote pups were close and the coyote mommas were threatened. To lay on the grass in the sun or the fog to meditate, to nap, to let my mind be quiet, away from the tether of a then-baby, now-toddler who is verbose and loathe to share my attention with anything.

My daughter can identify more birds than I can already, thanks to our beloved Matthew; her sitter, her “manny,” her best friend that she sees weekly. Matthew is the fourth leg in our table. Without him, we wobble. He has taught her what a blue heron is and now she points them out to me daily. It used to just be crows. But now she knows robin red breasts, blue jays, seagulls. I just called them birds. Matthew taught her type. Three-legged tables can work but you can’t hunker in and lean your elbows on them.

Writing Exercise #2 for Setting as Character

March 09, 2012
Today I tromped all over San Francisco to collect sensory details, photos (and a snack or two) from each of the neighborhoods that my novel's characters live in.  Now, they are not real people, but they do live in a real city, so the fun of it all is finding little details that I would never have noticed before because I'm trying to look for them through my character's eyes.  I discovered a few inconsistencies that I'll need to go back and fix (silly things like the wrong bus line, or the fact that type of architecture doesn't appear in that 'hood), and found a few details I will want to pepper the text with.  Mostly, I just had a really fun time walking all over the city (I clocked 6.5 miles of walking!), and BONUS, the water in my apartment was shut off for the day so it really was the perfect excuse to get the heck out.  Oh, and the weather was about as gorgeous as could possibly be.  Okay, now I'm just annoying myself with my own happiness.  Here are som
Post a Comment
Read more